Home Health How Long Does it Take to Recover From Eyelid Surgery?
Health

How Long Does it Take to Recover From Eyelid Surgery?

If you’ve recently booked a blepharoplasty – a surgical operation conducted on the eyelids for health or cosmetic purposes – you may be feeling a bit scared, excited, as well as impatient to see the outcome of the surgery. Before you could actually see how it turned out, there is one step that you’ll have to go through – the healing process.

Learning what to anticipate from the recovery is just as important as learning what the surgery will require, which is why we chose to create a 2022 guide that’ll help you understand the stages of the healing process. Here is a list of the top frequently asked questions about eyelid surgery answered:

1. Are There Some Factors That Will Influence My Recovery? 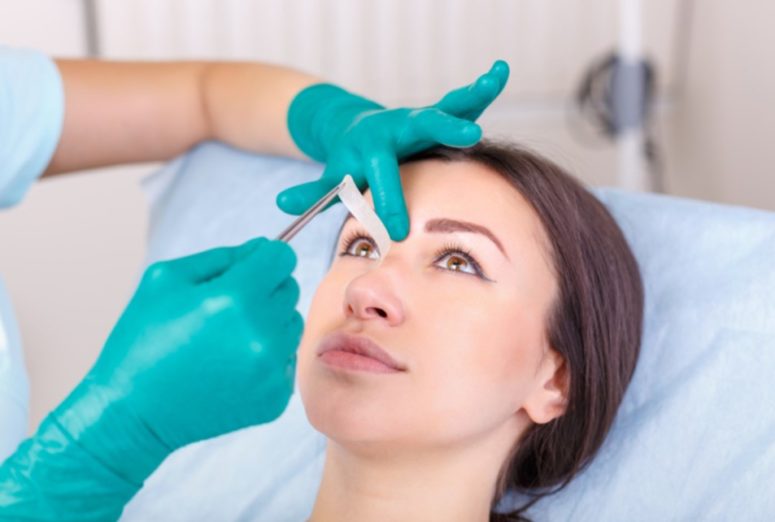 Before we look at how long it’ll take for you to recuperate, it’s important that you learn that there are some factors that could influence the timeline. For starters, remember that the process will vary from one individual to the next, meaning that you could end up having a completely different experience than someone else. Second, some of the factors that could influence the healing include your age, health condition, condition of the skin & its tendency for inflammation, pain tolerance, as well as the sort of procedure performed.

You should know that the recuperation process is often split into three categories: discoloring around the lids, swelling, and healing of the incision line. Discoloration and bruising will disappear first, however, it’ll take approximately fourteen to twenty-one days before your skin clears up. Second, the swelling can and usually lasts longer up to 8 weeks which is why it might be uncomfortable for you to go back to work during this stage.

Lastly, the maturation of the incision lines takes the longest. Now, you should remember, there will be a scar after the procedure is performed and in most situations, it might take more than a year for it to disappear or to become less visible. Because of this, it’s essential that you know what methods and products you can use for promoting your skin to heal, mostly because it could end up speeding up the maturation process.

3. What Should I Expect After The Procedure?

Depending on the surgery you opted for, it might take 2 to 4 hours for it to be completed. In most cases, you’ll be capable of going home, however, it’s worth mentioning that you’ll be under anesthesia, which is why you must have someone – such as your relative, partner, or friend – to take you home. Besides the aforementioned outcomes of having the surgery, there may be others that you should be aware of.

Some of the side effects that you may feel immediately after are foggy vision, sensitiveness to bright spaces & lights, wet or dry eyes, as well as itchiness. If any of the things occur, you shouldn’t rub your eyes, mostly because the area needs to remain clean and germ-free so that you could avoid infections. Also, you must sleep on your back to minimize the swelling that could occur and use drops that your physician prescribed so that you could make everything more comfortable for yourself.

4. Is The Healing And Side Effects The Same For All Types of Eye Surgery?

In most cases, they are, nonetheless, it’s best if you talk to your surgeon so that you could learn what to anticipate after the eyelid surgery. For instance, choosing to have blepharoplasty on your almond eyes at a prominent clinic such as eyesdefined.com will take less time to recover when compared to having reconstructive surgery after an injury or disease. This means that the recuperation process and the effects can be different for each eyelid intervention.

5. What Should I Expect During The First 7 Days?

One of the most significant things that you could do during the first 7 days is to rest. After all, you’ll still be swollen, your vision might be blurry, and the scars might be red/pink and inflamed, which is why it might not be wise for you to move around a lot. These side effects are all standard and you’ll begin noticing improvements in how you look after these effects begin disappearing.

It’s worth mentioning that your stitches may either disband on their own or your surgeon might have to take them out during the first-week post-op. Because of this, you need to avoid doing things that could push your eyes to get dry – such as utilizing your smartphone too much – and you shouldn’t drive at all, mostly because your eyes will quickly get tired, which could lead to an accident. Thus, rest as much as you can.

6. What Should I Expect During The First 14 Days?

The results might be seeable after the first 14 days of the surgery, however, this will rely on the factors we previously mentioned, including how well and fast your body can recover, as well as how it deals with different things such as inflammation. When it comes to heading to work, this will entirely rely on you. Some people feel comfortable even with the discoloration and inflammation, while others don’t. Thus, whether you’ll go back to work will entirely depend on you.

7. When Will I Totally Recover?

This is, perhaps, the question you wanted to be answered to most. At around 6 weeks post-op, you’ll begin noticing the end outcome of the procedure. There could still be a little bit of swelling since your eyes will persist getting used to the changes, however, you’ll feel that they feel better, less painful, and revived. The scars and lines will, most likely, stay pink for half a year, but after that, they’ll start fading to the point that they’re almost invisible.

No matter why you opted for getting a blepharoplasty – for cosmetic or health reasons – you could expect to fully recover within six months after the procedure. However, keep in mind, the scar where the incision lines are will continue fading for approximately a year after the procedure has been performed.

Although the recovery process might take a bit longer than you initially expected or planned, you’ll feel that your eyes are getting better after two to three weeks from the procedure, which is why you shouldn’t be too worried about missing any more work or going to public areas.

How Long After An Injury Should You Go To Physio?

What Are Some Examples Of Medical Negligence?

How American Seniors Can Benefit from HealthTech Advancements