You probably know a little bit about Medicare already. But, if you’re like many Americans, you find Medicare more than a little confusing. Knowing who is eligible (and who isn’t), how to sign up, and how to make sure that you’re covered in every important situation can be a hassle.

So let’s tackle these questions starting from the most basic, and work our way up to some important questions. Here’s everything that you need to know about Medicare.

Medicare is an extremely important government healthcare program. To understand why it’s so important, let’s take a brief look at how the US health insurance system works.

The United States has an employer-based healthcare system. This means health insurance is something that we expect to get from an employer (or from a school), and that’s the result of reforms and practices that became normal way back in the Progressive Era, when workers demanded more from their employers.

Obviously, though, there are some big issues with an employer-based health insurance system. For one thing, what happens when we retire? To address that issue, the government came up with Medicare.

Medicare is a health insurance program run by the federal government. The Social Security Amendments of 1965 established the program, which was later expanded. Today, those who are old enough (alongside those with certain disabilities which allow them to qualify early) can register for Medicare.

Who is eligible for Medicare?

So who is actually eligible for Medicare coverage, and when? The simple and obvious way to become eligible for Medicare is to turn 65 years old. Americans who have certain conditions can qualify early: those with certain disabilities or End Stage Renal Disease can get on the books ahead of time.

Medicare Part A and Part B

One confusing aspect of Medicare is the fact that it has “parts.” Medicare Part A is the insurance that covers hospital visits and other emergency visits. Medicare Part B is your regular health insurance: the way you pay for doctor’s appointments and things like that.

Most people have to pay a monthly premium to maintain their Part B coverage (depending on your financial situation, you may be exempted). But Part A is generally free to those who qualify.

Medicare Part D is your prescription drug coverage. Medicare Part C is a little different than your other options: it’s a way to get health insurance from private companies through Medicare. It’s an alternative that can replace coverage you’d otherwise get through the government-funded parts of Medicare.

Medicare covers a lot, but it doesn’t cover everything. That’s why there are plans that cover the gaps. So-called “Medigap” plans exist to cover things like healthcare costs incurred when abroad. Medicare only covers your healthcare costs when you incur them here in the US, so Medicare customers who like to travel a lot on vacations need to be careful to make sure that they are covered. 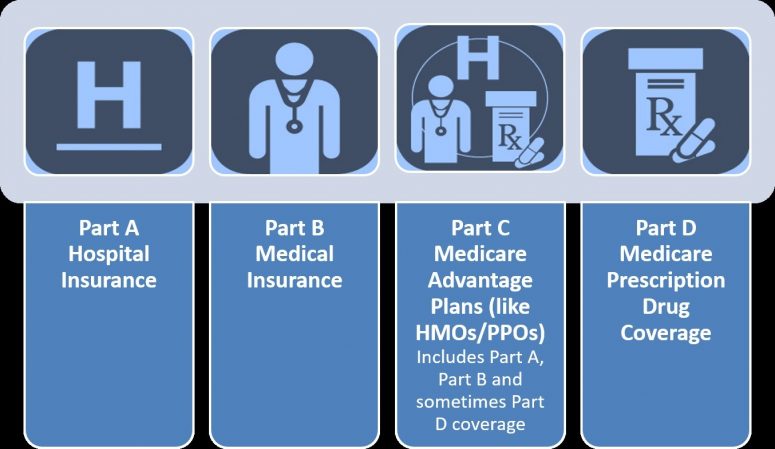 You’ll have a special enrollment period when you turn 65, because not everyone turns 65 during the regular open enrollment period, after all. You’ll also be able to make the switch to Medicare (or to a different Medicare plan) if a major life change — such as a move, the death of a spouse, or a switch in your employment status — impacts your access to health insurance.

How To Teach Your Teenager To Live A Healthier Life

What Is the Penalty for No Health Insurance...