Among all the changes and ramifications for health care forthcoming as a result of passage (and now law) of the PPACA (Patient Protection and Affordable Care Act), none may be as large and impactful as the expansion of Medicaid.  In terms of impact I am referring to economic, political, social and systemic (present access and delivery of care to the targeted population).  By size alone as defined by breadth of coverage or scope of benefits and number of persons covered, Medicaid is the largest health insurance program in the United States.  Presently, Medicaid provides health and long-term care coverage to 59 million individuals.

Under the PPACA, Medicaid is set to expand its eligibility for coverage to include persons with income levels at or below 133 percent of the federal poverty level.  In 2014, a standard 5 percent income disregard will apply to most individuals, effectively increasing the eligibility level to 138 percent of the poverty level.  Best estimates place the increase in additional enrollees at 16 million to 18 million.  At present, state (fiscal year 2009) budgets allocate $335 billion for Medicaid costs, an increase of 7.8 percent over fiscal year 2008.  Enrollment also increased aggressively in 2009, primarily due to economic conditions and job losses creating additional eligible individuals; up 5.4 percent or an additional 3.3 million people. 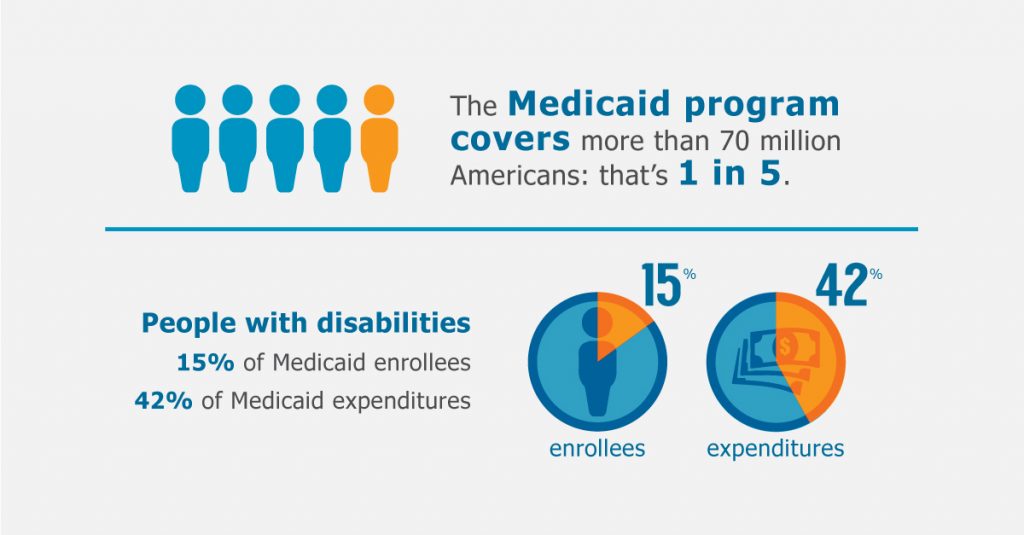 The purpose behind the expansion of Medicaid under the PPACA is to reduce the number of uninsured in the U.S., an estimated 46 million. Using analyses provided during the debate leading up to passage of the PPACA, 32 million of the 46 million will gain access to insurance under the new law, half of which will do so via Medicaid.  Assuming a somewhat equal replacement trend (those that fall off Medicaid due to death or change in economic status are replaced by approximately the same number of new eligible enrollees) over the phase-in period set for Medicaid expansion (by 2014), Medicaid will ultimately cover nearly 70 million people.  Per the Congressional Budget Office, the cost of expansion between 2010 and 2019 to the federal government is $434 billion with an additional $20 billion allocable as states’ costs.

How efficient or effective the expansion of Medicaid is in reducing the number of uninsured while providing access to adequate, quality care services is yet to play out.  Further, significant questions regarding the cost estimates of expansion, at the state and federal level, remain under debate.  Issues of distributive justice, how resources are programmatically allocated between the various covered groups under Medicaid, also are in play.  Medicaid provides insurance to seniors for long-term care and community-based support services, to disabled individuals for primary and acute care services, to women and children (CHIP and SCHIP), to working families with lower income levels, to single parents, etc.  Its benefit profiles, access points, service configuration, provider participation and regulations and policies differ state to state.  Under expansion through the PPACA, it is entirely possible that each state will represent a figurative Petri Dish of different outcomes; positive and negative.

Understanding the potential pitfalls and opportunities that are present under the PPACA Medicaid expansion provision requires a basic understanding of how Medicaid as a social welfare program is structured.  While the PPACA expands Medicaid by changing eligibility levels for targeted enrollees groups, it does not alter the financing structure or overall policy platform that is the foundation of Medicaid.  The financing structure and policy platform issues are in the simplest of analyses, the locus of the majority of economic, political and social risks for successful (attainment of desired public policy outcomes) expansion as set forth under the PPACA.  Briefly, I’ve delineated the current financing and policy platform issues that define the Medicaid program today and will remain fundamentally unchanged during the expansion roll-out.

The picture that is evolving regarding Medicaid expansion under the PPACA is bifurcated or perhaps even trifurcated at best.  Clearly, some states will come out as financial winners as under expansion, the federal government starting in 2014 and continuing through 2016, bears 100 percent of the costs of expansion. 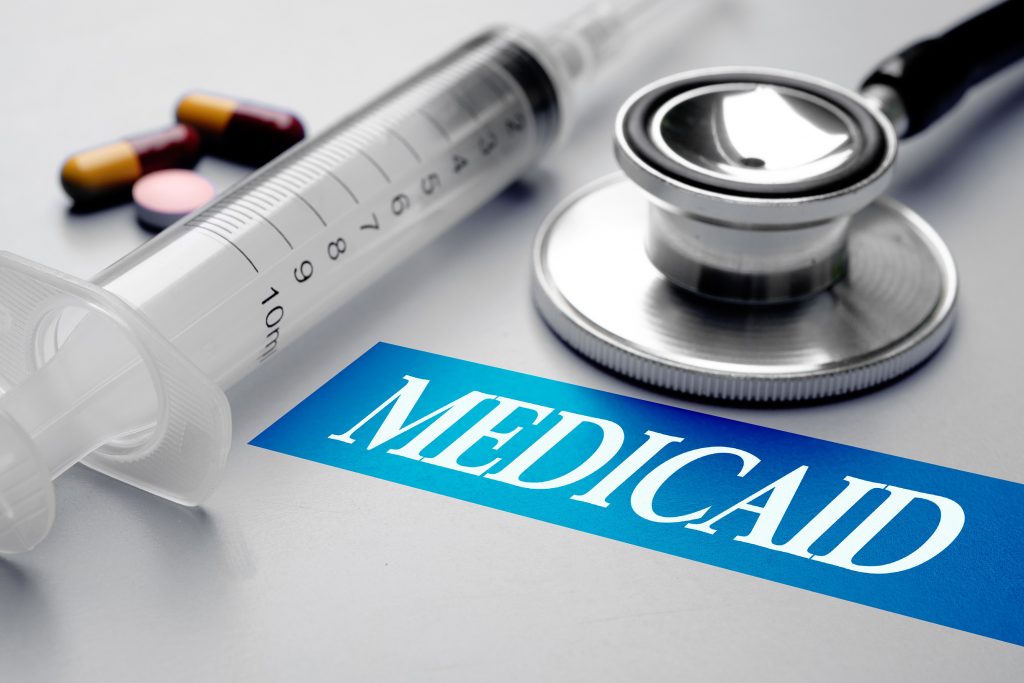 The alternative view for the majority of states that have not yet expanded their Medicaid programs is sketchier.  While these states are set to enjoy federal payments of 100 percent for expansion costs, the payments do not occur until 2014.  Expansion takes time however, and in the interim or ramp-up period, these states bear the majority of the initial costs with no recoupment provision available under the PPACA.  Coincidentally, the poorer states that already receive disproportionately fewer federal dollars (discussed earlier), will have the most difficulty raising at the state level, the necessary “front money” for expansion. In addition, unlike the states that have expanded programs in-place, these states see their share of federal subsidy decrease.  By 2020, the amount born by the federal government shrinks to 90 percent.  In Virginia for example, the estimate of additional influx into the Medicaid program under expansion is 400,000 individuals.  The state’s costs for expansion are estimated at $1.1 billion; costs not funded by the federal government.  In poorer states such as Mississippi, the costs per state GDP are even more dramatic with less of an economy to cost-shift to taxpayers via increased taxes.  Worse perhaps in states such as Mississippi is the alternative approach of cutting benefits or provider payments, effectively exacerbating the existing problems of low service access and limited provider participation.

Another issue bedeviling the outlook for expansion is whether sufficient capacity exists within the U.S. primary care system, the principal locus where care for the expansion population is required.  Already in certain locations such as urban centers and rural, agricultural communities, access is a problem.  Physicians willing to accept Medicaid payments or simply, physician centers are lacking.  The American Academy of Family Physicians estimates that by 2020, there will be a shortage of 40,000 primary care physicians.  Already, shortages exist in rural areas and urban areas combined with a very real shortage of primary care physicians with additional training or certification in geriatric medicine (seniors are a large percentage of existing Medicaid enrollees and a population that is growing more rapidly than any other age cohort in the U.S.).  Even with shifted Medicare payments skewing more reimbursement toward primary care and language in the PPACA that foreshadows a greater flexibility on the part of the government to allocate more dollars for primary care, the additional dollars remain insufficient to grow the primary care physician population.  The very real possibility is that expansion will occur within a delivery system that is sorely ill-equipped to handle the influx, especially in locations where demand will be highest for care (new enrollee locations) and existing systems already are insufficient in numbers and proximity to handle current demand.

It is difficult to conclude otherwise, that Medicaid is not in its present form, a suitable program to co-opt for the goals of expansion; namely, decreasing the number of uninsured.  The program is fragmented state to state, inefficient, and ill-supplied in terms of locations and providers requisite to care for the new wave of enrollees.  The financing mechanism favors wealthy states; a stark contrast to where the funds are most needed within the poorest states with the greatest number of soon-to-be, new enrollees.  In spite of the federal government’s willingness to up the ante in terms of new monies to assist states with expansion, the pledge doesn’t alleviate the existing Medicaid deficits currently in place.  What does occur is that most states take on an additional financial burden within their existing depressed economies; a burden that is added to an existing deficit within a system that has no real way today, of extricating state budgets from their existing hole.  Additionally, and logically so, questions remain regarding the ability of the federal government to sustain the massive investment required under the PPACA given the growing national deficit.  Without full and complete federal financial support for Medicaid expansion, states will economically wilt under the imposed burdens of new enrollees, demands from providers for better or more adequate payment, and the costs associated with developing new systems of benefit administration.

Get a naturally clean home with homemade cleaning products

What Are The Health Advantages Of Smart Watches

Eligible dependent for health insurance – Who can...

Are MEC Health Plans The Game Changers for...