Healthcare Costs May Bankrupt us All

The cost of health care will eventually bankrupt the United States unless our State and Federal politicians find the courage to prevent the continuous decline of our population’s health. The March 19, 2011 issue of The Economist had an article entitled “Patient, Heal Thyself” that touched on this issue.  Sir John Oldham from the British National Health Service predicts that America will spend 100% of its GNP on health care by 2065 – if current trends continue.  This is likely to happen because chronic diseases – such as diabetes, heart disease, arthritis and asthma – are increasing at alarming rates.  The Centers for Disease Control in Atlanta reports that 50 years ago 10% of the population was chronically ill; now that number has grown to 53% and is expected to continue to rise.  About 80% of these diseases are/were preventable; and yet, our country only spends 5% of all health care dollars on prevention. The primary reason for this shameful fact is either gross political cowardice, ignorance, or a combination of both.

Our politicians receive millions of dollars in campaign contributions from pharmaceutical companies, health insurance companies, the food industry and others with a serious financial interest in keeping our health and food business exactly as it is.  Under-educated citizens make bad decisions daily about what they eat; but unless something is done to improve our nation’s health, we will literally eat ourselves into bankruptcy – and it will happen well before 2065. The financial pain is already being felt by most states and the federal government right now.

If politicians had knowledge and courage, what would they do?

Michele Obama is a very well intentioned First Lady, but her exhortations for the population to feed its children better will likely not cause sufficient change to avoid the impending financial disaster.  In fact, there is not one proposal under serious consideration that will make a significant impact on the current increasing cost of health care.  The Federal Budget Office – and almost every economist who has studied the healthcare crisis – has confirmed this.  Obamacare will not reduce cost very much – if at all.  Improved medical records will have little impact, as will the use of any of the so-called medical breakthroughs which have been heralded recently.

Dr. Mark Hyman brilliantly summarized the futility of current efforts to reform healthcare during a hearing before the U.S. Senate Health Committee.  He admonished the Senators by exclaiming, “You will not solve the current healthcare crisis if you simply continue to do the wrong things better.” 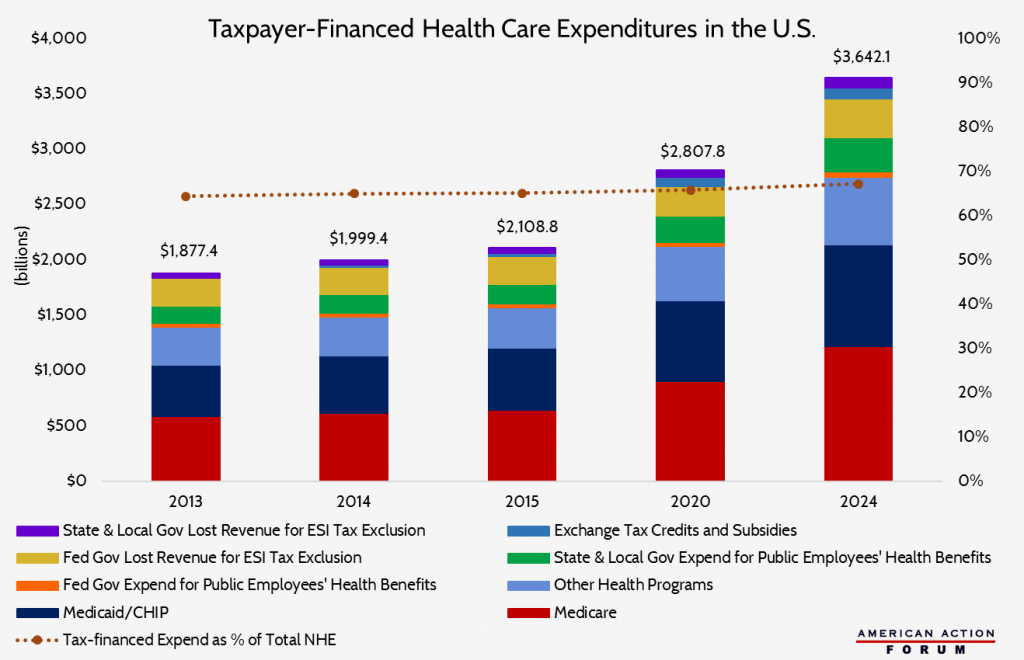 The anti-government types will moan at the proposals being proposed here, but they have absolutely nothing to offer in place of them.

1-   Tax unhealthy foods – The number one reform needed would be a tax on foods high in sugar or saturated fats and low in nutritional benefits.  Professor Kelly Brownell from Yale University has developed a plan for such a tax, and it would not only reduce the consumption of these harmful foods, it would raise billions of dollars to pay for health care services.  It might also convince food companies to actually make fewer of the unhealthy foods. (Food Fight, Contemporary Books, 2004).

4-   Ban unhealthy foods in schools – All schools should be required to eliminate all soft drinks and fast foods from their facilities.  All foods served should meet strict nutritional standards set by the Physicians Committee for Responsible Medicine. (Food Politics by Marion Nestle, University of California Press, 2002).

5-   Employer wellness programs – All employers should be required to have a wellness program, which spends at least $500 per employee per year on prevention. Such programs have been shown to save at least $3 for every dollar expended to help employees to become healthier. WELCOA is a national wellness awards program organization designed to help any employer set up a wellness program. “Healthy at Work” also provides wellness planning, education and measurement of results services.

6-   Food store nutritional guidelines – Every food store should be required to have a food quality rating system for every food in the store.  There are currently a few of these systems in use today, such as Guiding Stars developed by Hannaford Stores in New England or the NuVal System in many food stores around the country. Over 1,000 stores now have such systems and government guidelines would accelerate the adoption of these systems by other stores.

7-   Doctors and nutrition – Every general practitioner M.D. should be required to become certified in nutrition within three-years or risk hefty fines and/or the loss of his or her license.  Such courses are available from a variety of qualified sources.

8-   USDA Food Pyramid – The Food Pyramid should be taken away from the United States Department of Agriculture, due to the obvious conflict of interest involved.  The USDA should not be allowed to both promote food like meat, dairy and sugar, while also determining where they are placed on the Food Pyramid. (Eat, Drink and Be Healthy by Walter Willett, M.D., Simon and Schuster, 2001).

9-   Insurance premiums – All health insurance premiums should be frozen for at least five years, and companies should be required to spend a minimum of 20% of their budget on prevention.  Cost savings should never involve any reduction in service to patients, but rather, they should come from administrative cost cutting.

10–   Campaign contributions – All organizations or individuals with a declared interest in healthcare should be restricted to giving a maximum of $1000 to any political campaign or political action committee.

11-   Advertising pharmaceuticals – No pharmaceutical company should be permitted to advertise any products in the media.  They should also be barred from giving away samples or perks to doctors who promote their products.

12-   Advertising food companies – Only foods with the highest food quality ratings should be allowed to advertise anywhere that children could be influenced by their ads.  These would be the same foods receiving the top quality ratings in food stores.

13-   Individual insurance premiums – Every insurance company should be required to adopt a premium system based on rewards for becoming healthier.  If any condition is due – all or in part – to lifestyle decisions, then there should be a higher premium for that person.  There are systems like this already in place at companies such as Bene Comp.  This type of policy would provide a strong motivation for people to take personal responsibility for their health.

By taking all of the aforementioned steps, the Federal and State Governments would be able to bring the cost of health care under control within 10 years.  The impending crisis would be avoided and the country could begin to get the rest of its financial house in order.

If they do not act on most of these items, then the future looks very bleak.  Currently, all children born after the year 2000 will be the first generation in history that will not live as long as their parents (Centers for Disease Control).  They will also inherit the largest per capita debt in history and experience the most severe reduction in the quality of their lives than any other generation in history. Poor health – caused mainly by poor nutrition – is the key factor.

Politicians are the ones who have the power to make the improve this situation; and as history shows us, they are the only ones capable of making these changes.  Will they gain the knowledge and the courage to make these changes?  If they do not – or if the populous does not start to elect people who will – then we are doomed.  The evidence in support of these changes is abundant.  Further delay will simply exacerbate the problems.

What Are The Health Advantages Of Smart Watches

Eligible dependent for health insurance – Who can...

Are MEC Health Plans The Game Changers for...